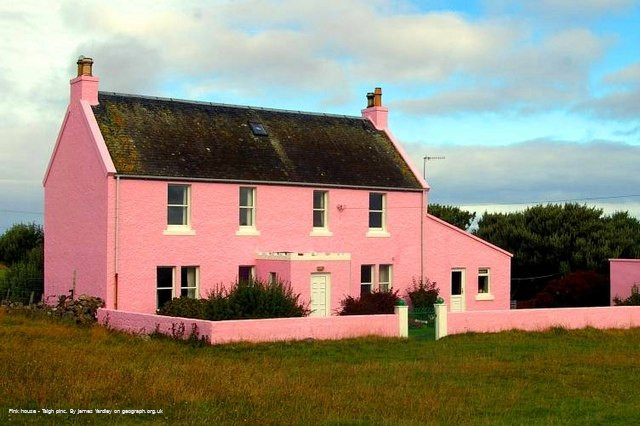 The lockdown came the day after we got the keys. So, we were stuck in a pink house. We weren’t allowed to travel five miles let alone hoof it to Inverness for a tin of paint. You’re going to say on-line, but on-line was out of the question. Where we live? They pile on seventy quid a time for remote location and anyway the DIY stores all sprouted delivery queues running into weeks or even months.

Jenna came down one morning and said she couldn’t stand it anymore (we’d been in the place eight days by then). ‘I hate pink,’ she said, and I nodded. ‘No,’ she said, ‘I mean I really hate pink.’

It was – it is – a very pink house. The folk before us had gone off to a home or something (aye, I know) and I think they’d last had the decorators in in 1985. To be fair, they’d not stinted themselves, it was top-quality stuff, plenty of life left in it all, too much life left in it, all of it pink. Carpets, curtains, the walls, inside and out. Pink stucco, pink kitchen units and pink worktops. The pink toilet seat was hard-going in the morning.

Now my wife is an ingenious woman, her wits are second to none, especially when she’s put to it. Within the week a delivery man was tip-toeing up the drive and a slim packet was tickled through the letterbox.

She let me choose, ‘Blue or yellow?’

I took the blue. I don’t mind purple. I’ll never forget the joy of sliding the lenses in and seeing our house not-pink. It was gloriously un-pink, resplendently un-rosy, magnificently mauve. I went up to stare at the toilet.

When I came back down a cobalt Jenna was cavorting round the sitting room making whee-ee sounds. We she finally sat down on the carpet, flipping her legs into the lotus position, she shouted, ‘it’s not pink, it’s not pink at all Gerry. You know what it is?’

‘It’s bloody beautiful, that’s what it is.’ Her laughter was a bit manic right enough.

We got the hang of slipping the lenses in while still in bed. Over breakfast I would look into her eyes, which viewed through my lenses and hers were sapphires. ‘God, you’re beautiful,’ I said once, and she didn’t demur.

It went downhill after the crispies were tidied away though. I got caught up with the news – BBC, STV, Sky, Euronews, RT, Al Jeezera – I’d find myself in a loop of blue TV screens and only broke out of it to go onto bluer Twitter or Facebook. It was all terrible news and terrifying speculation. So many people were dying, more and more, they were saying half a million would be taken out in Britain alone, scrawny men and stone-faced women like cerulean reapers were telling us this all day long. At the same time Jenna would be dancing about or singing or arranging jugs of green daffodils on any free surface in her golden world. I snapped when she started reciting German romantic poetry.

‘Stop it,’ I said to her. ‘just stop it. We’re all going to die and you’re galloping around like it’s The Sound of fucking Music.’

‘What’s wrong with you?’

‘Jesus, what do you think Jen?’

‘I think you’re watching too much stuff on screens Gerry.’

I looked hard at her then, my face must have been ugly with disgust, but as I was chrysanthemum-coloured she didn’t see it.

It got to the ridiculous stage.

I wagged my blue finger at her beaming face. ‘The young are dying too Jenna.’

‘You don’t normally give a fig about them,’ she said.

Another time it was the thousands who were losing their jobs, and their homes and relationships and their minds that was eating me up.

‘They’ll get retrained and buy new houses, and they’ll give them pills or something. People are resilient.’

‘The economy’s broken Jenna, education’s ruined. Generations of young people have nothing ahead of them.’

‘They didn’t think lockdown through very well then, did they?’ She was wearing a beach dress she’d bought for our honeymoon and had a sun hat on, in the dining room.

‘But what else can they do against a plague?’

‘They could be brainier – scientists are often have quite narrow intelligence. And politicians are always corrupt. But things will probably change for the better. And it’s a pretty mild as plagues go, isn’t it?’

That did it. That night as she slept, a smile riding her face from ear to ear, I reached over and fished her lenses out of their glass. Two tiny citrine circles ran round and round the pink pan in a furl of water. My blue lenses had disappeared by the next morning.

So, we were back to a pink house. And you know, there are worse colours than pink. 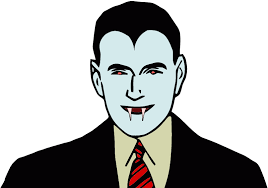 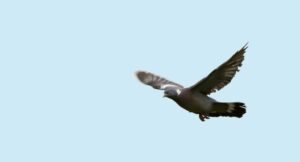