PFT: NW was congratulated on the exceptional quality of the writing for this project.

WRITING ACCEPTED: Roddie and Zusana were both congratulated on having pieces accepted for Issue Two of Tether’s End, these being the poem Elemental (Roddie) and a flash fiction Bread (Zusana).

ORDER OF BUSINESS AT MEETINGS: David C suggested the order of business should be under review.

(At this point, Zusana took the minutes)

PREVIOUS MINUTES: No points were raised, and the minutes were accepted.

ANTHOLOGY: An anthology report should be possible in another two weeks. At the last Anthology Group meeting, Abby agreed to approach Stuart (the typesetter) at PulseNorth and report back.

SELF PUBLISHING: George started lively discussion about NW’s approach to critiques, commenting that negative criticism seemed to be scarce. Sandra said that in other writers’ groups sadly this isn’t always a problem. It was mentioned that one-to-one feedback might be quite different to group feedback and that we are constructively honest in terms of response to others’ work. Zusana said that feedback type can vary in relation to where a piece of writing is being sent while Roddie felt that writers could see places for improvement if several people made similar points. David C commented that we want NW to offer constructive criticism and encouragement, and that the quality of writing in the group has improved over time and is testament to this approach. George mentioned that you need to be able to stand up for yourself when criticism is very unexpected and that it’s best to receive feedback from people you trust. David C felt that when we produce anthologies, we all act as editors as well as contributors and Roddie said that when dealing with professional editors one usually has to trust to their experience as they know best about markets, but this didn’t preclude fighting one’s corner sometimes. George said he could offer advice to help people have their work for sale one day in places like Waterstones, his first two volumes in particular selling well, especially at signings.

Death has no Dominion, Parts 1-3, by Fraser.

It was felt best to wait until Fraser could attend to read and discuss this piece.

This is the opening chapter of Zusana’s novel Qhuarrance. The group greatly enjoyed the piece and members commented on the successful construction of historical ambience (Sue), the characterisation (David F) and the building of tension and intrigue (Roddie). George asked about the use of contractions in the English of the period in which the story is set (the late 1790s). Zusana mentioned the dilemma of whether to use Scots or not and asked the group for their views on portraying children as victims of violence in writing. She thanked everyone for their supportive comments both during the meeting and via email.

Loving Living in London and the Tartan Army, by Roddie

This piece about the Tartan Army in the 1970s has been written for the Scottish Book Trust’s Celebrations project and was much appreciated by all. Zusana thought the language was particularly effective when read out, David C considered it a great piece of social history with very skilful thumbnail depictions of characters while Sue felt it was good to read something positive about football with no violence involved. Zusana congratulated Roddie on pulling off the rare trick of making football interesting for women. He mentioned that it had been a toss-up between writing about the 1977 pitch invasion or the successful but greater-scale Scotland-Sweden World Cup game, held when he was in Canada. This led on to discussion about the power of tartan as a symbol of Scottishness abroad. The group wished Roddie the very best with his submission.

The Quandary and the Karma, by David C

Another greatly enjoyed piece, this short story was inspired in part by James Robertson’s collection 365 and its focus on everyday objects. Roddie commented that David had developed a particular style of prose, which made use of excellent dialogue and skilful construction of plot line. David responded that he’d had a strong visual image as the starting point for this story and had been concerned to include plenty of light humour. David F said it was a great study of a couple, very true to life, and the repeated pushing of Robert by Alice added humour and formed a type of motif. George commented that Alice should have done the complaining herself while Roddie mentioned that trees are often a problem in boundary disputes. Zusana suggested that David submit the piece to Channel, the Irish nature-based literary mag. David said this was a first draft and that he had one or two minor changes to make. 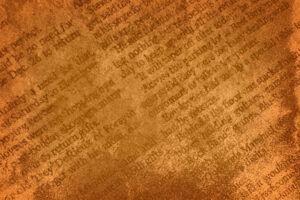 Previous post Minutes for Nethergate Writers 19th of May 2021 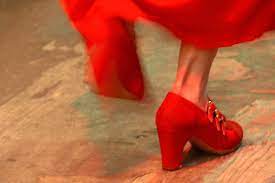