We had the first of our summer meetings last week, and our Chair, David Carson, has all the details for you all.

1. Business.
(a) Fifty Shades:
– Waterstone’s require a form to be completed before they stock books. Abby has done this and will chase up
– Press release: this has been done, but will not be sent until Waterstone’s is settled.
– Tweeting campaign for more publicity has been discussed but no action as yet
– selling success by Fiona (Discovery Centre) and Richard (Cairn no Mhor)
– endorsement for Fifty to be sought, with two proposals

(b) A new Project.
We discussed what this might be, and arrived at tentative suggestions that will need to be explored by the group as a whole.
– more substantial in terms of length than Fifty
– short stories?
– thematic link, broadly interpreted
– not too prescriptive at this stage
– quality control by peer assessment and possibly tutor advice
We agreed that we needed to have the parameters set out within a deadline. We fixed this as 19th September (which is probably the last of our summer meetings). This means that it will be a standing item at each meeting, and that all members need to be involved.

Two pieces:
(a) Sue’s ‘The Approach of New Year’ is the second chapter of her Tay Bridge story.
We all liked it and thought the descriptions were vivid and authentic. Also the characters, particularly Archibald and Tam are well portrayed.
We looked at the show/tell dimension, and Sue agreed that some of the backstory could be conveyed by dialogue or action. Much enjoyed by all, and looking forward to the next instalment.

(b) David’s ‘Battle of Wounded Knee’ is an attempt at creating memoir from experiences that aren’t personal. While the voice of the narrator was convincing, there was discussion about the tense used. Perhaps it would be improved by going for present tense throughout.

The University has ceased giving free lets to any organisation. So we need to find elsewhere. Richard will pursue the Fire Station possibility. Meanwhile, thanks to Aileen’s generosity, we will meet at her abode next time (25 July). If you will be attending, email Aileen and she will give you directions. We hope to have a good attendance! 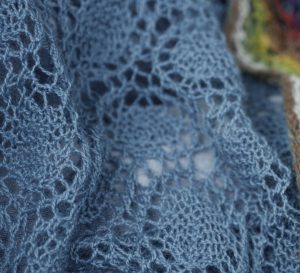